Nathan Myhrvold is a brilliant polymath, one of the early founders of Microsoft Corporation, a high school grad at 14, he entered UCLA, going on to gain two masters degrees and a PHD, all before the age of 23. He began a career at Microsoft as their chief technology officer until his retirement in 1999, after which he chose to pursue other interests, especially cooking seriously.


Nathan attended La Varenne cooking school in Burgundy to gain a better understanding of cooking principles. He also was a member of the championship BBQ team in Memphis in 1991.


However, Nathan was also self taught and initiated the beginnings of what became his opus, Modernist Cuisine, the culmination of years of work for himself with collaborators. Initially he worked by himself in small spaces that ultimately became the 20,000 square foot cooking Lab where at the height of production of the book, 30 people worked.


Nathan and his co-authors Chris Young and Max Bilet managed to whittle his opus down to 5 volumes and a work book, which is both tear proof and water proof, 2438 pages, 1522 recipes, 3,216 photos all encased in a case weighing in at 50lbs. The ink alone weighs 2 kilograms!


This past Spring the book launch was the most highly anticipated publishing event in the cookbook world.


It has been reviewed as “the most astonishing cookbook of our time”; “the cookbook to end all cookbooks” says David Chang; and from Ferran Adria – “This cookbook will change the way we understand the kitchen”; “a breathtaking new benchmark in understanding cooking, Modernist Cuisine is destined to be as important a work for the 21st century as Escoffier’s Ma Cuisine was for the 20th century.” says David Kinch.


Personally, I found Nathan to be delightful, passionate, engaging, remarkably brilliant in not only his grasp of concepts but also in his ability to explain complex matters in a clear and simple manner. His memory is also remarkable and when you ask him some question about a cooking concept or method of making eggs, for example, he will immediately reach for one of his 5 books and turn to the page with the item that you asked about, with it's photos, recipes and cooking insights. This dinner, created by Splendido chef Victor Barry, was for Nathan. 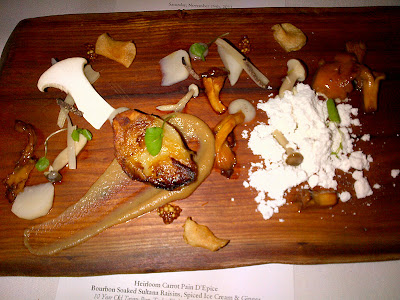 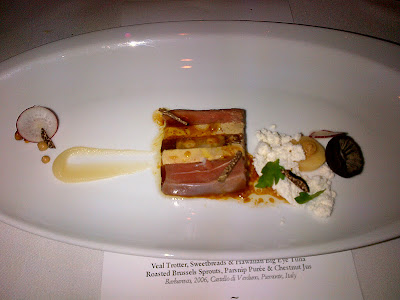 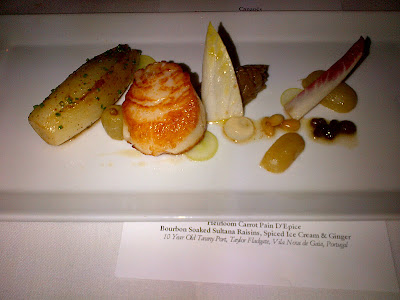 Egg yolk raviolo (no photo) was much anticipated, a perfect soft yolk in the pasta and joined by wilted spinach, ricotta and topped with brown butter, nutmeg, parmigiano Reggiano and shaved white truffles. 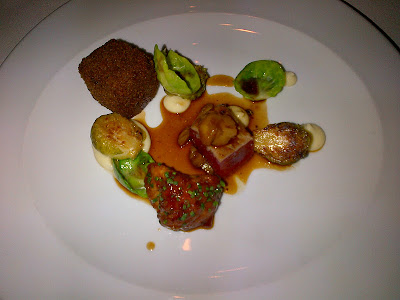 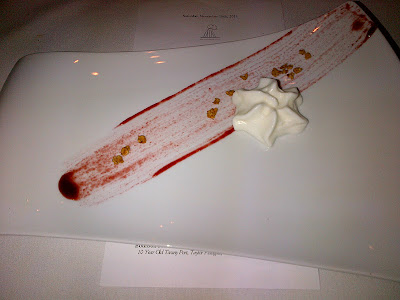 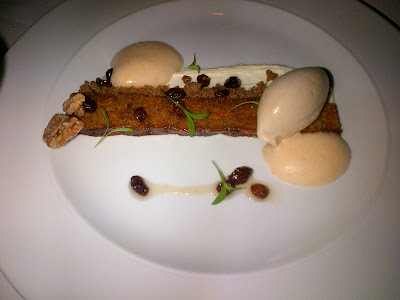 Posted by the cookbook store at 5:09 PM