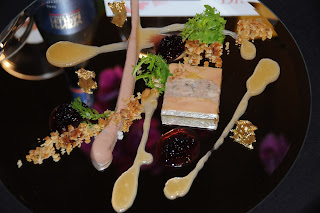 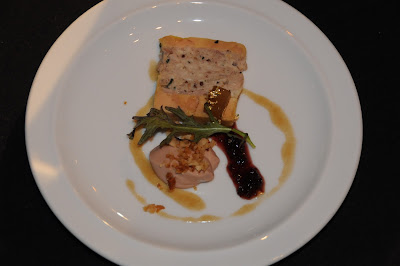 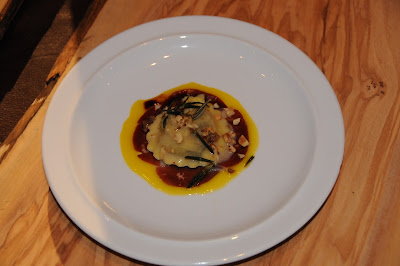 Jonathan Gushue, Langdon Hall (Winner)
Garden brussel sprouts, white salsify, black salsify chips, preserved oysters, duck's egg and smoked trout caviar. This was a remarkably satisfying dish: the brussel sprout leaves still had texture and a slight firmness to the bight; the salsify added and earthy taste; the oyster had a soft texture that matched the firmer texture of the other elements and the briny flavour enhanced the flavours of the sprouts and salsify. 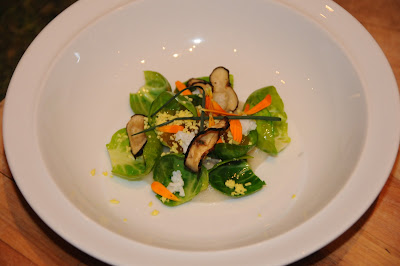 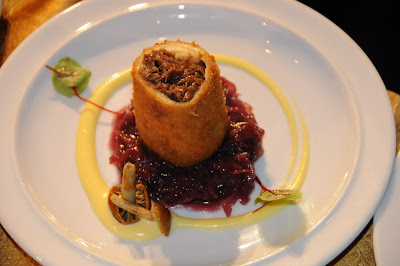 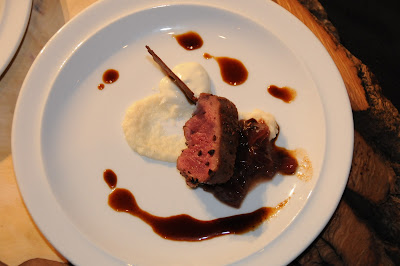 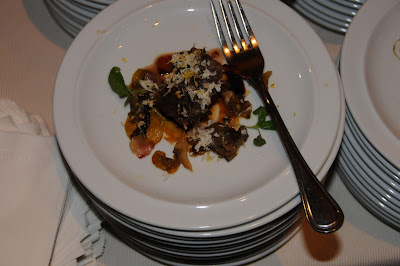 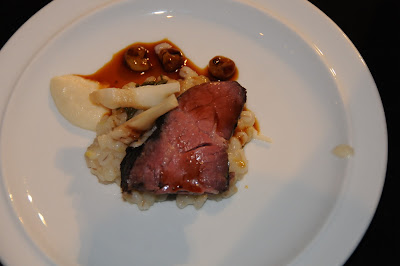 Roasted squab, David's tortiere ( pastry was filled with a mixture of ground moose, duck and black pig), black pudding sauce. The squab was perfectly cooked and the tortiere gamey and delicious. 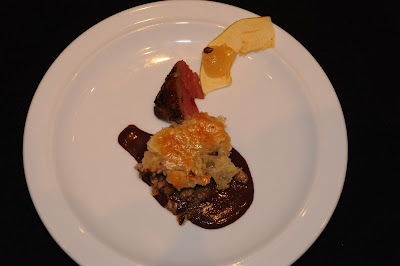 Organic chicken liver pate served with a fabulous organic cherry compote that had a bright tangy taste that went so well with the rich tasting chicken liver. 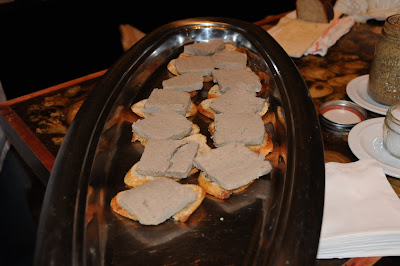 Weathervane scallops which had a wonderful sweetness which combined well with the rich taste of the roe. 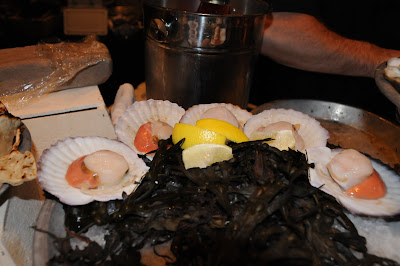 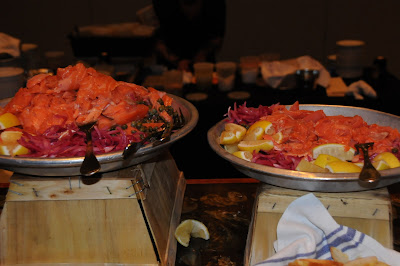 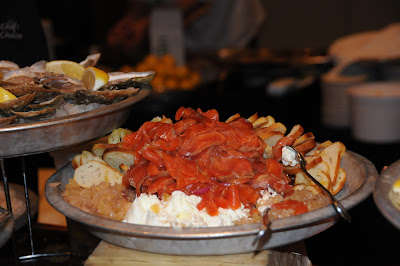 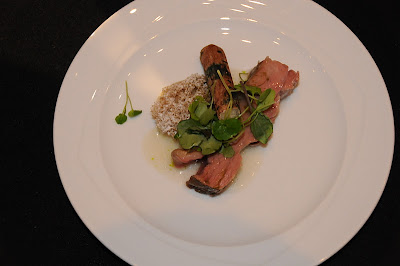 A play on "bacon and eggs"...... there was no bacon: scallop mousse in a piece of brioche topped with a duck's egg yolk and coffee cured, smoked (with Henry of Pellham oak), chewy duck breast; sided with sweet onion and cheddar soup topped with a thin slice of smoked crispy apple; accompanied by an egg shell filled with lavender and soy custard, diced northern kiwi, crunchy coconut "bacon" and riesling gelee. This was a complex and interesting dish, but the standout was the fabulous brioche "sandwich". 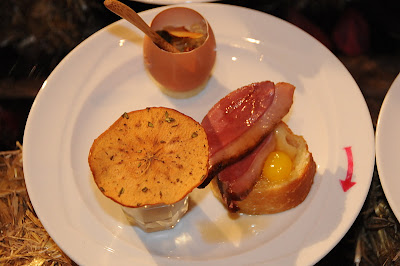 The brigade of the chefs enters the main hall, holding the bottle of wine that was served to match their dish. 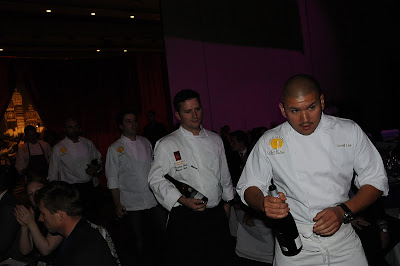 Posted by the cookbook store at 2:43 PM