The Grove is a hot new restaurant. Jacob Richler, writing for Macleans magazine, named it the best new restaurant of 2012. The Grove was remarkably featured in part of a recent article concerning English cuisine, that was a feature in the New York Times. The English influence was present, but not overbearing, but, don't hold that against chef Ben Heaton. This was simply good cooking.

We began with "snacks": 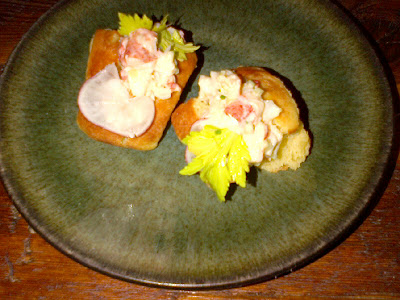 Lobster butty, an English take on a lobster sandwich. Good, but not something that I would reorder. 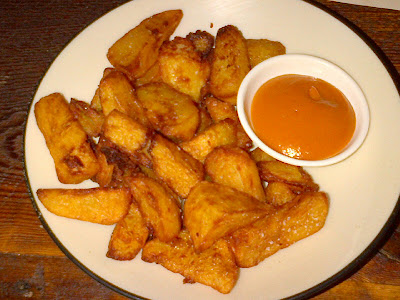 Very good chips with curried ketchup. The house produced ketchup made the dish. The chips could have been a bit crispier. 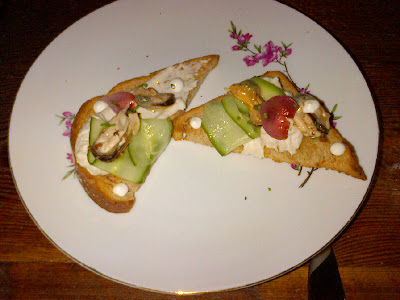 Smoked mackerel and mussels on toast with tomato, sliced pickled cucumber and house made mayo. This was a very good dish, good flavours combined with the soft mussels and crispy toast. 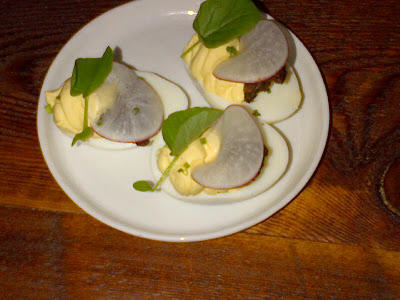 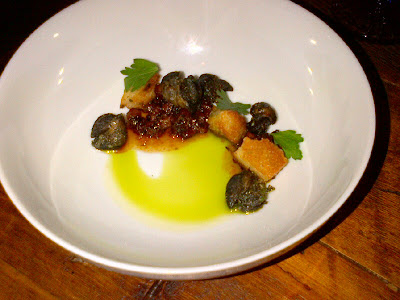 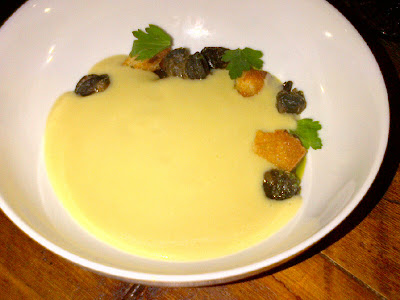 Completion, parsley root puree soup was added. There were wonderfully pleasing flavours and textures in this earthy soup. This was my favoured dish of the night. 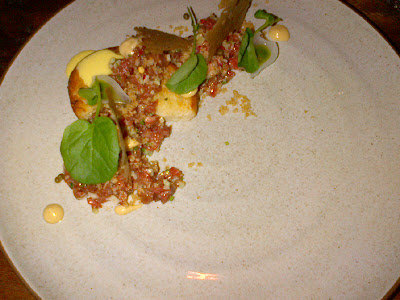 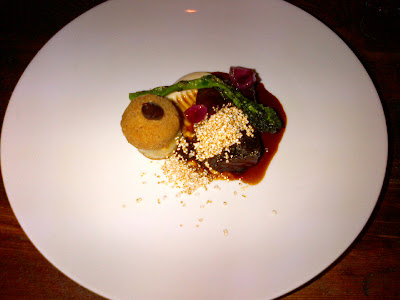 Beef cheek with breaded fried bone marrow mounted on celeriac fondant, sided with gentlemen's relish. This was my other favourite dish. 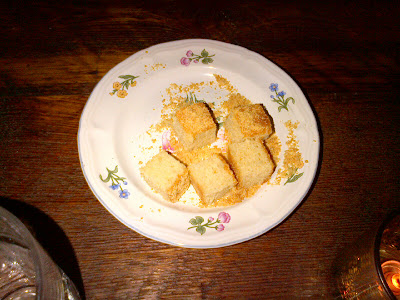 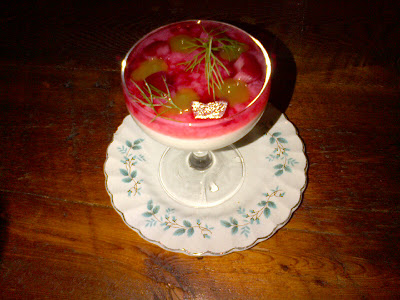 A delightful and refreshing rhubarb and goat cheese fool.
Posted by the cookbook store at 12:45 PM