Some background about BBQ and chef Lee. David Lee has been a lover of good BBQ for quite some time, beginning with his heavily researched efforts with the Big Green Egg when he was still chef and co-owner of Splendido restaurant, visits to BBQ places down south, then his trip with me to Lynchburg Tennessee where I was to be certified as a Kansas City BBQ Society (KCBS) judge before acting as a judge at the world series of BBQ, the annual Jack Daniels BBQ competition ("The Jack"). David wanted me to arrange to have him join me in the KCBS certification program and also we planned to visit BBQ "shacks" in the Tennesee/ Alabama area near Lynchburg.

Well folks, I can ascertain that as a respected KCBS judge, David has hit the mark for his BBQ pork ribs and his remarkably good brisket. Judging in BBQ is based on taste, appearance and texture and the ranking is out of 10, 10 being the ultimate accolade. His pork ribs have a wonderful smokey flavour he achieves in his wood burning oven, with white oak. They are juicy and perfectly pull away from the bone, cleanly (and do not "fall away" from the bone as occurs with overcooked ribs), thus achieving my score of 8 for appearance/9 for taste and 9 for texture. His brisket is superlative. I had the brisket 3 days in a row, it was so good. There was some slight variation, depending on the area from which the meat was sliced. On the first day, I ranked the brisket 9 for appearance/9 for taste and 10 for texture, an exceptional ranking overall. 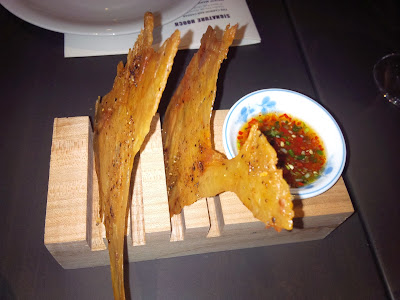 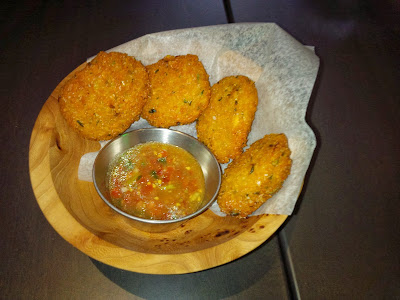 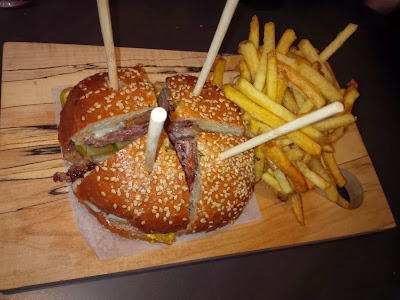 The delicious, Carbon Bar burger, was topped with smokey pork cheek bacon, pickles and melted cheese curds, all on a very good poppy seed bun. This was a perfect medium rare burger with very good texture and taste and was accompanied by tasty, crispy fries. We asked for it to be cut in 4, to share. 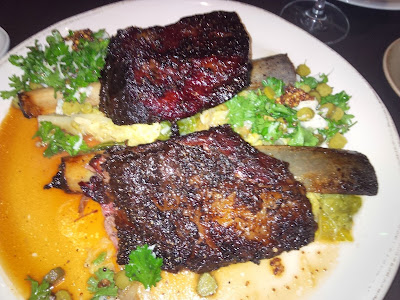 Beef ribs, cooked in the smoker had a good bark and were very tender. 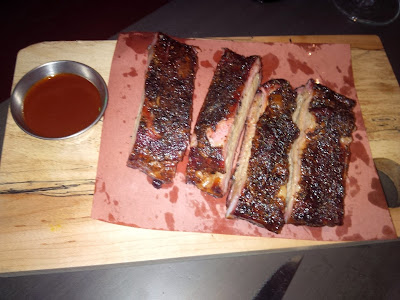 The fabulous pork ribs. As good as one can get. 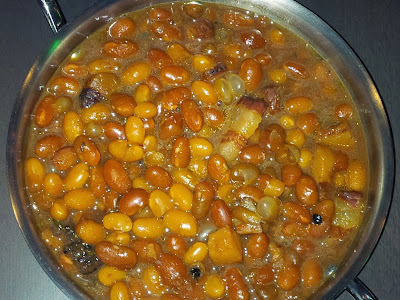 BBQ baked beans, small chunks of smokey brisket and bacon.....very good but could use a slightly longer cooking tome to improve how the flavours come together and a smokier flavour by cooking them in the smoker when it is filled with meats. 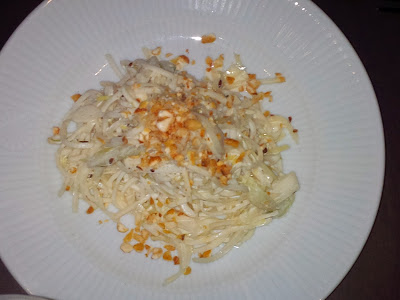 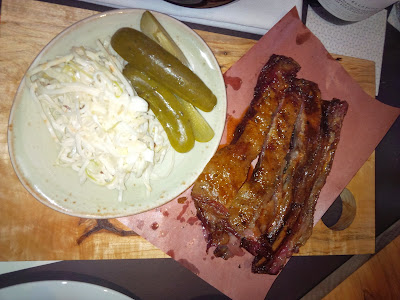 Smoky goat ribs with pickles and cole slaw.....only available on fridays. Good, but I prefer the pork ribs. 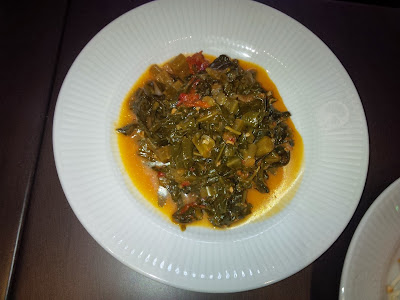 Better than traditional collard greens with their "pot liquor". 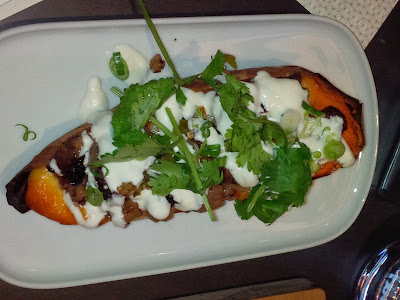 "Hot mess": salt baked sweet potato topped with cheese curds, smokey brisket, pickled jalapeno and crema. This was a dish enjoyed by all. 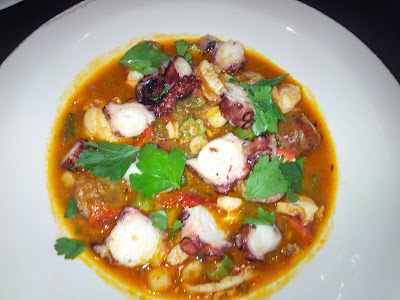 For me, one of the highlights of the evening and a dish not to be missed, the oak smoked octopus, perfectly cooked tenderness with house made sausage (tasty with a nice coarse texture), okra, hominy, coriander and a wonderful corn hominy gumbo sauce to bind all of the ingredients together. 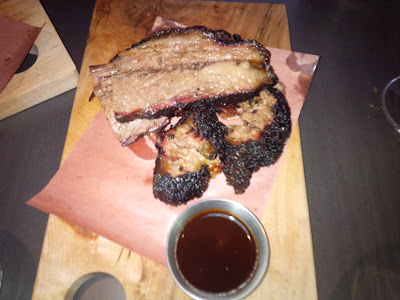 The fabulous brisket!! Look at the bark, perfectly and juicy and melt in the mouth tender. Smoked brisket perfection!


Dessert was a delightful caramelized banana/whipped cream pie......wonderful flavours with a terrific crispy thin crust (no photo).
Posted by the cookbook store at 8:42 AM