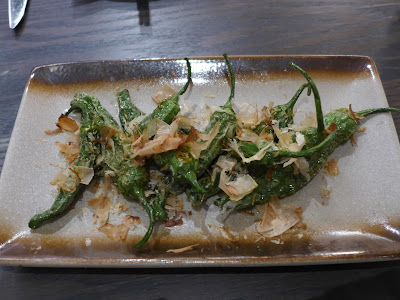 Tiger skin, fried "chilies" with shaved bonito. The "chilies" were shishito peppers. This was a very good dish and was reordered 4 times! 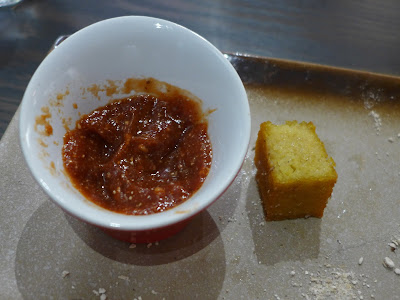 Shiitake polenta fries were tasty and crunchy, accompanied by mushroom ketchup. Gone before I got my photo. 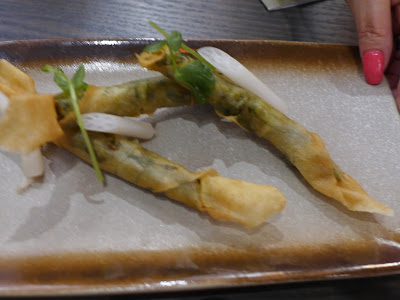 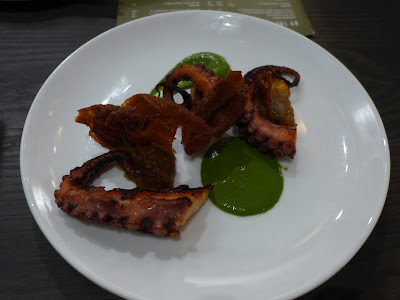 Char grilled octopus with choi sum chimichurri sauce and yu heung eggplant. The octopus was tender and perfectly cooked but the sauces rather bland. 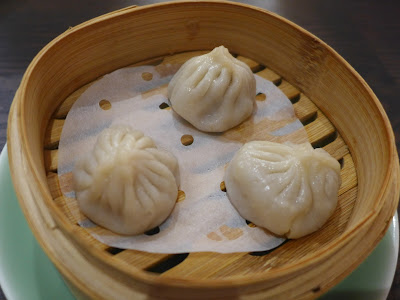 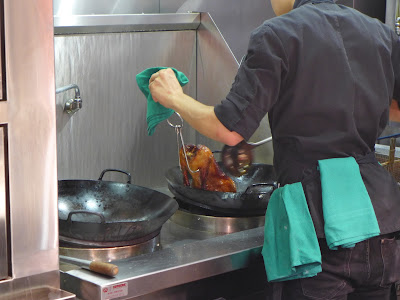 The roasted duck being finished. 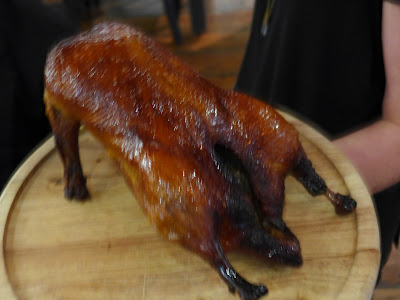 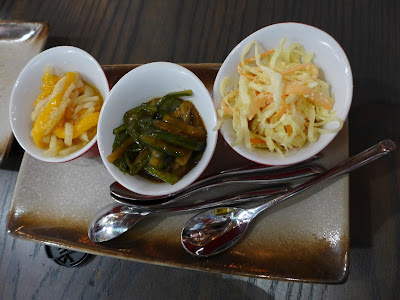 The 3 slaws that accompany the duck, meant to be added to the duck slices mounted in the bun: mango, Asian pear and plum; cucumber, scallion and hoisin; cabbage, carrot and ginger. 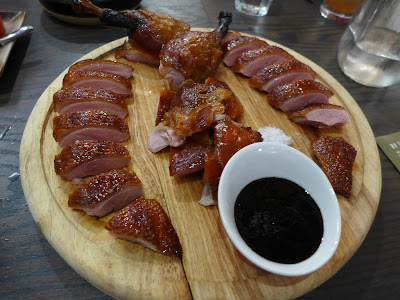 The delicious duck, after being carved, was perfectly cooked rare, accompanied by smoked plum sauce. But, the skin, "advertised" as being crispy, was not. 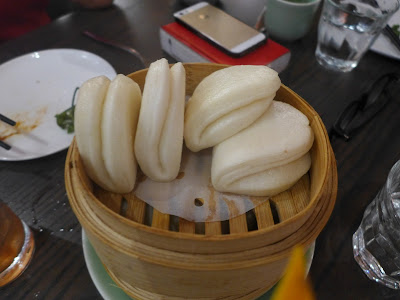 The steamed bao buns for the duck. 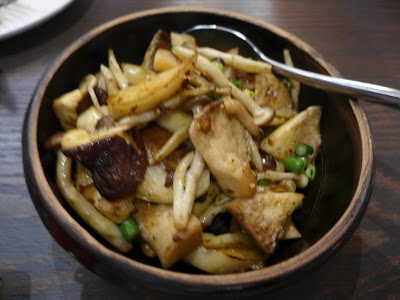 Mushrooms XO fricasse with chopped garlic scapes were so delicious and had a wonderful texture, being correctly cooked....so good, we ordered a second dish. 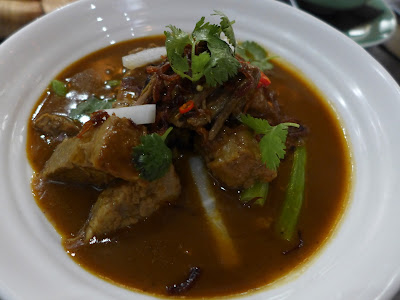 Eric's curry, beef brisket and Chinese mustard greens, accompanied by coconut rice. The brisket was properly tender and the sauce was quite wonderful, so good that every drop was eaten. 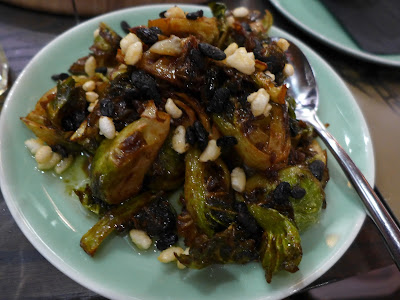 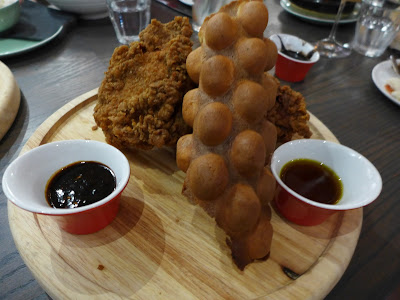 The General Sander's fried chicken was excellent overall, accompanied by a very good waffle with really good Texture. The tasty chicken was properly crispy but a touch dry and over cooked and was accompanied by khung pao sauce and sichuan maple syrup. 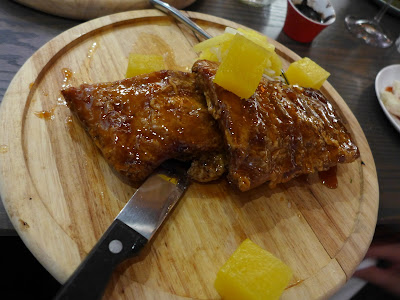 Sweet and sour spare ribs with hawthorne, lemongrass and pineapple ginger slaw. I felt the ribs were somewhat dry and did not come off the bone properly with a bight (NB...I do not like "fall off the bone ribs", and these were certainly not that). I also found the sauce rather too sweet, almost cloying. 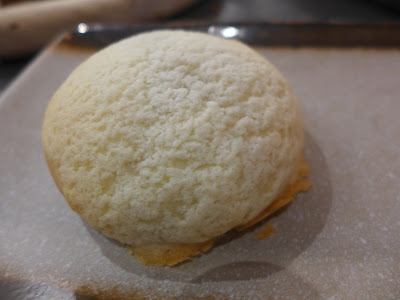 BBQ pork buns (baked hourly). These got gobbled up very quickly and were reordered as they were so good. The could have used more pork in the bun and the tasty filling was rather meagre.
Posted by the cookbook store at 5:32 PM