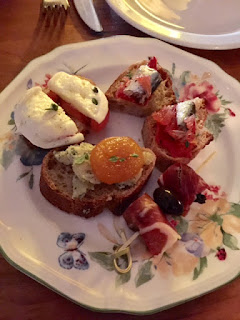 House snacks courtesy of owner Veronica, but unfortunately not worthy.. 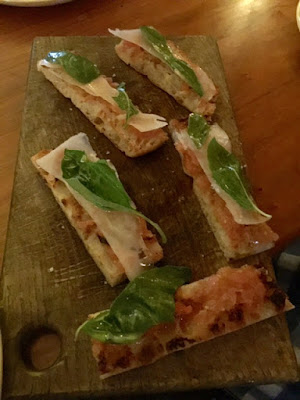 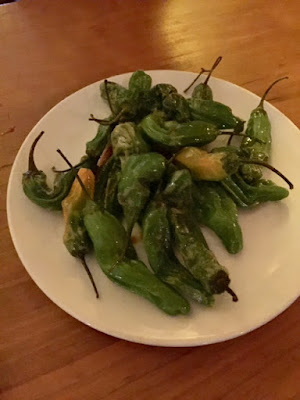 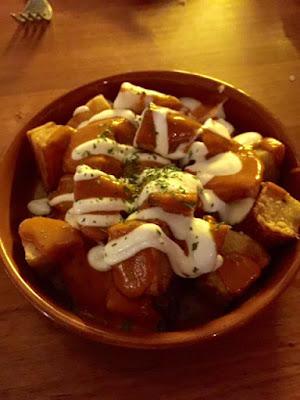 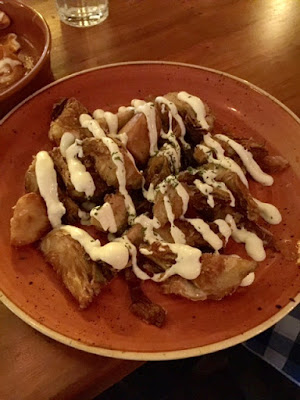 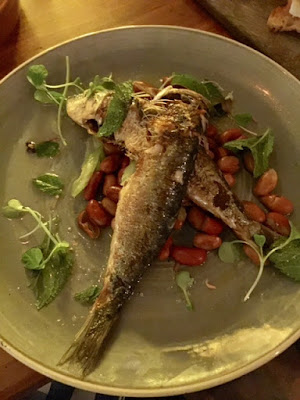 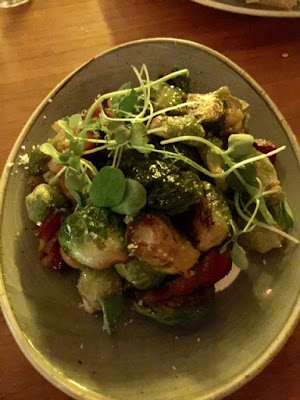 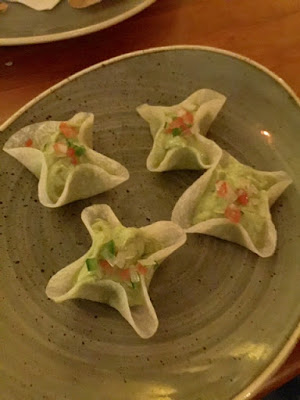 A version of tacos not described by the owner (despite requests). Tasty though.

The paellas were very tasty but the major fault was no socarrat, the rice that gets crunchy and forms a crust at the bottom of the pan. I particularly enjoyed the flavour and texture of the pate negra (below) which was made with squid ink. 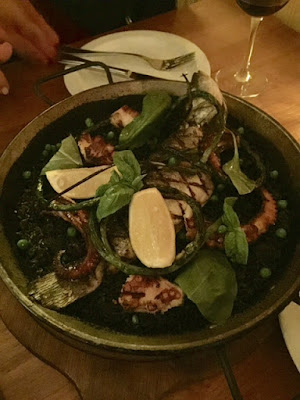 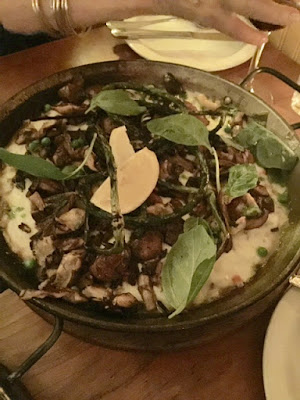 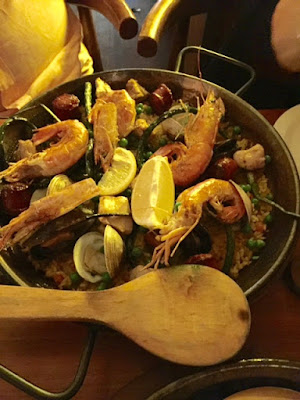 Posted by the cookbook store at 8:46 PM