What I Love About Buca Restaurant, Toronto

Buca restaurant is one of the very few restaurants in the Toronto area that serves reassuringly rustic, Italian inspired cuisine.

The menu has a large selection of dishes that are frequently changed, depending on what is in season or the whims of the chef, but for me, the most rustic dishes stand out as the most satisfying. Despite the large range of temptations and my large appetite, unfortunately, I can not indulge in them all (unless I have my foodie partner, Alison Fryer, with me)! One dish I particularly enjoyed was the pizza bianco (no cheese). This very thin, crispy, well done pizza was simply seasoned with rosemary and topped with braised pulled pork and sea salt. Can you believe that I ate the whole thing???......and this was supposed to be shared as a starter! Each flavourful mouthful of crunchy goodness became the addictive obsession for the next, until there was no more! When the pizza arrived the aroma was so intoxicating, I had even eaten half of it before I remembered to take a photo! 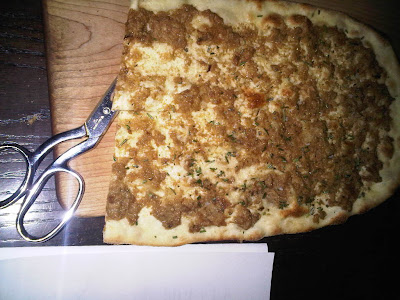 House made lardo was wonderfully creamy and served with ever so light gnocchi fritti, little pillows filled with fennel, a touch of cinnamon and garlic. 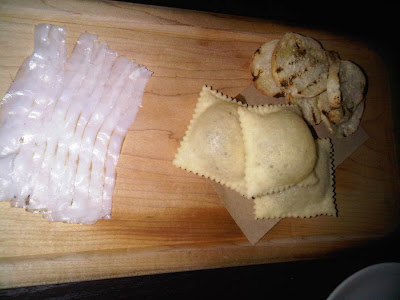 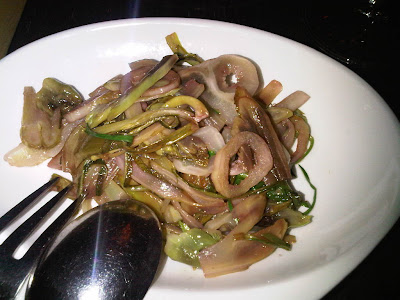 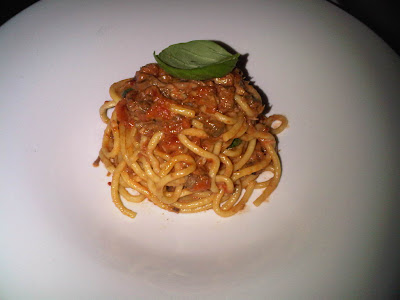 And then, surprise, we were offered another pasta, not on the menu, which we just had to have. Thin, melt in your mouth, blood sausage filled ravioli was topped with fried rosemary leaves, pine nuts and aged balsamic vinegar. This is dish is a true example of the well executed, hearty, rustic, satisfying cuisine at Buca! 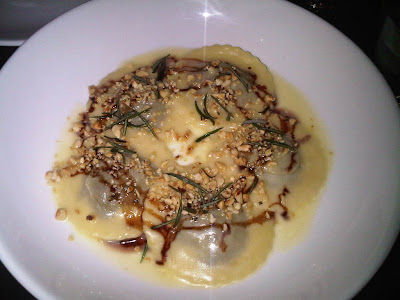 And yes, they make very good desserts that are a match for the rustic cuisine: tart yogurt ice cream on top of candied fruit and a lovely cake surrounded with an intense caramel sauce. 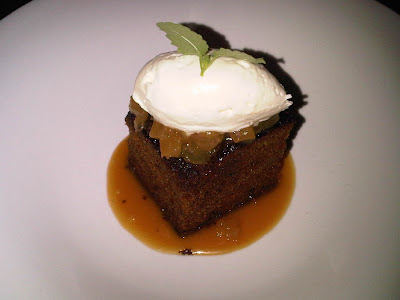 Posted by the cookbook store at 4:06 PM