To Market, To Market on Wednesday, July 13

Wednesday morning, well actually afternoon by the time I got moving, it was off to the City Hall Farmers' Market, prodded on by the possibility of the first corn of the year at Thames River Melons.  Indeed, there it was although there was precious little left when I got there but I was happy to leave with a half dozen ears of Navaho, one of my favourite varieties. 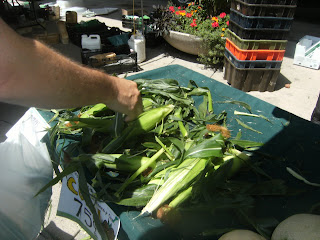 City Hall and the square formerly known as Metro Hall but now called David Pecaut Square share several of the same vendors.  In fact, all three of the booths at which I thought I might have left my camera where at City Hall. Not only did the salesman at  Primavera Farms,  flower and plant specialists, remember someone had left a camera last Thursday, he had it in his truck!  Now I can stop wondering which smartphone to get, and, horrors, what plan to choose. Thank you very much! 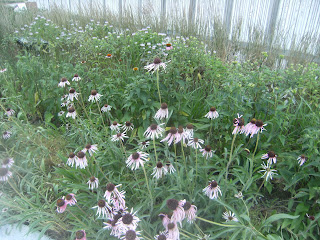 Kar-Dean had sour cherries amongst their superb sweet ones.  A two quart basket is the perfect quantity for a large pie.  As I write, a cherry pie is bubbling away in the oven.

One of the greatest treats at CIty Hall, though, is exploring the roof garden which transports you to another place entirely.  Just remember to go before you are laden with fruits and vegetables. 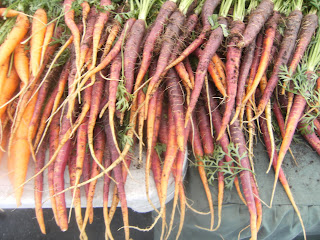 After the bustle of City Hall, the Borden Street market seemed rather quiet. Godelies from Otterville had their first corn along with potatoes which they have been selling for a couple of weeks.  Bosco and van Harts both had a rainbow of heirloom tomatoes.  My summer was a tomato sandwich--four colours topped with a dollop of Marvelous Edibles pesto. 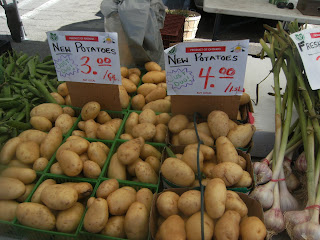 Posted by the cookbook store at 5:46 AM