Smorrebrod is a very traditional Danish lunch, open faced sandwiches, with artfully arranged elements, typically on thinly sliced, buttered, dark, dense rye bread. These sandwiches are usually enjoyed with cold Danish beer and schnapps, a strong aqua vita (hence aquavit) which could be made with herbs, roots, seeds or fruits and is at least 40% alcohol. I developed cravings for these wonderful works of art when I was very young, while watching a Danish employee of my father's eat his lunch (he never shared...so I just ogled and craved!). 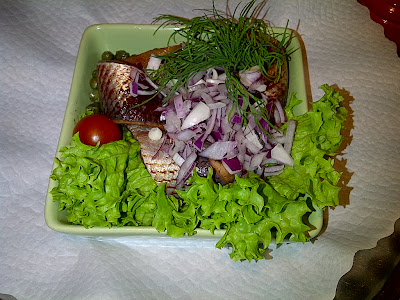 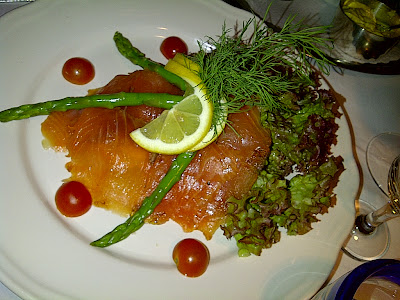 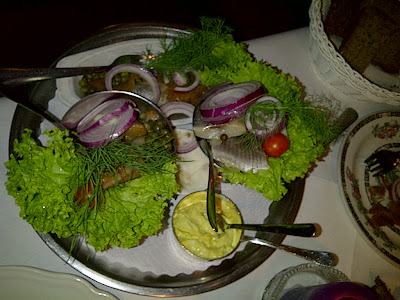 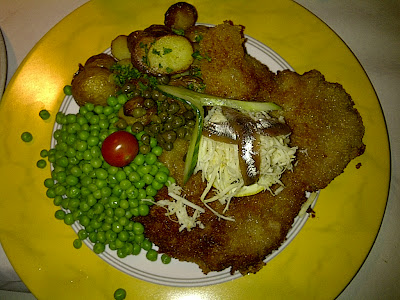 Told and Snaps
This is a place to come for lunch.
Barely marinated, but wonderfully raw textured, pickled, Icelandic herring with dill, red onions, and half a hard boiled egg on traditional, buttered, thinly sliced, Danish dark rye bread. 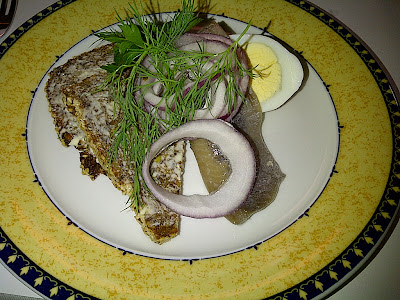 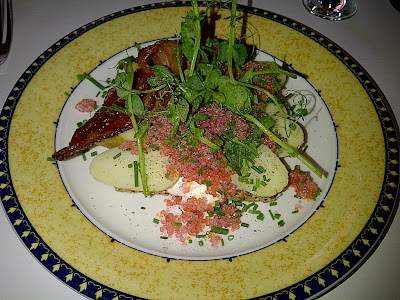 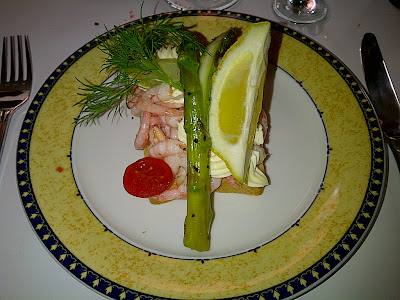 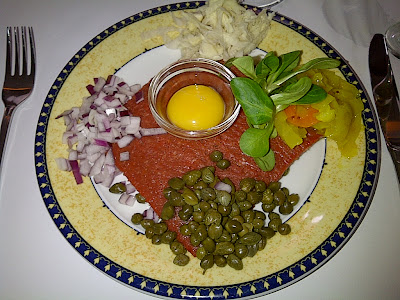 Aamann's
This spot is considered a creative place to experience a modern take on smorrebrod.


The 2 photos below show 2 separate orders with some overlap. The shrimp and egg sandwich below, on the right is replaced by the egg salad sandwich on the right in the photo below it. 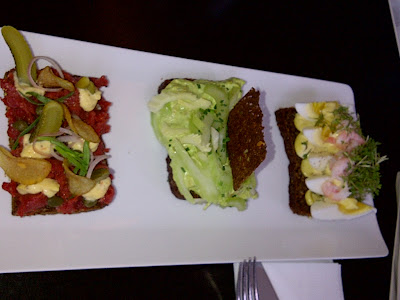 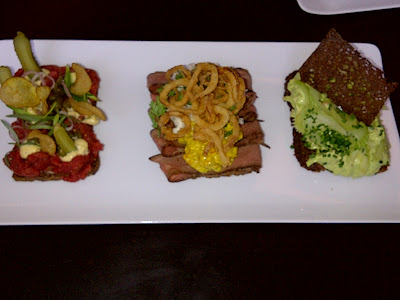 The egg salad is on buttered, dark Danish rye topped with sliced celery and snipped chives. 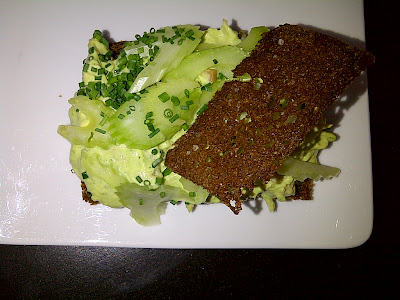 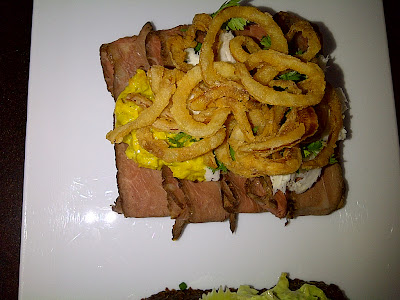 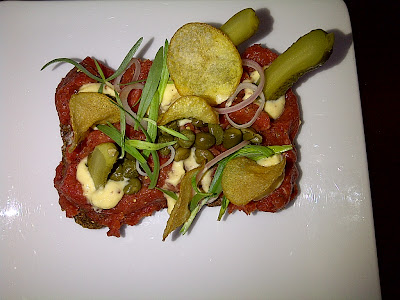 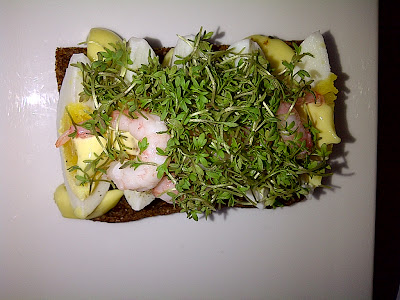 Posted by the cookbook store at 3:49 PM