BBQ smokehouse restos have been opening more and more frequently in Toronto, over the past 3 years, some successful and some rather mediocre. The trend started a number of years ago, with Phil's. The genre reached a high point with Stockyards which has remained the best for quite a long time and continues to rank among the very best.

Then, chef David Lee brought bbq into the mainstream, opening a real restaurant, not a diner or a shack, with a sophisticated take on BBQ food and imaginative side dishes. Chef Lee brought a different approach to Toronto BBQ, having been certified as a KCBS (Kansas City BBQ judge, and having attended the world series of BBQ, "The Jack", as a guest (the Jack Daniel's International BBQ Competition, in Lynchburg , Tennisee). KCBS style BBQ is all about the meat. So, when judging at The Jack (I am a KCBS judge and "Jack" judge), one does not see highly spiced or slathered chicken, beef or ribs. Its all about appearance, the smokey flavour, the meat and how they all come together.

Recently, Greenwood Smokehouse opened on the Danforth. Initially, I thought, "not another BBQ joint!"! But, checking out the menu, I saw that several plant based dishes, vegetarian friendly, were featured, a BBQ resto first for me! I was curious to see how well they had developed pure plant based dishes with smokey BBQ flavours. So, Being mostly on a plant based diet for the past 2 months: plant based food, zero fat, zero dairy, i just had to check out the meats and the featured veggie dishes. 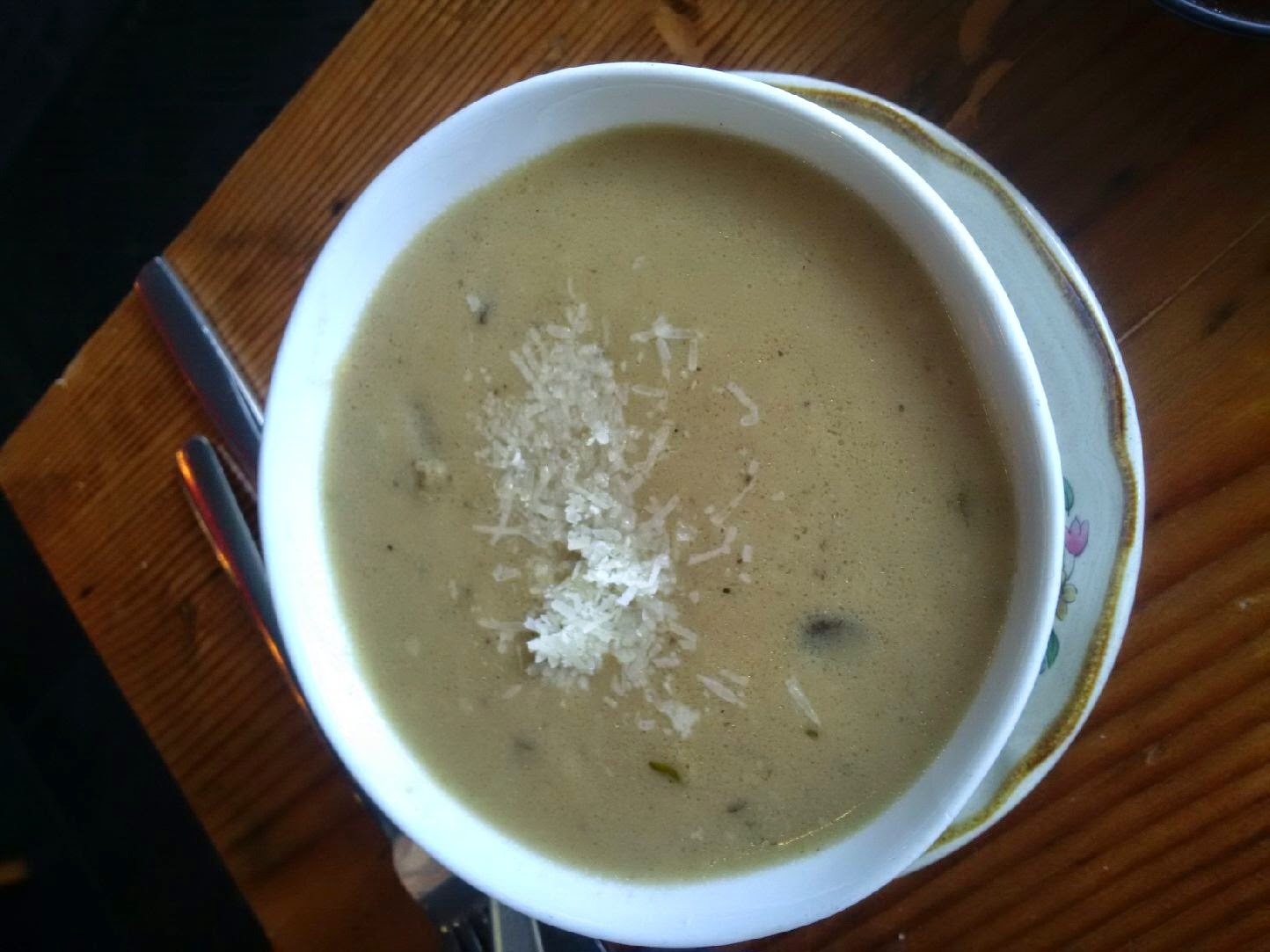 Smokey mushroom soup, smoked crimini and portobello mushrooms simmered in garlic cream sauce. The soup was indeed smokey with a bit of a pleasing spicy heat and was topped with grated cheese (in my opinion, did not add anything and not needed for this dish). 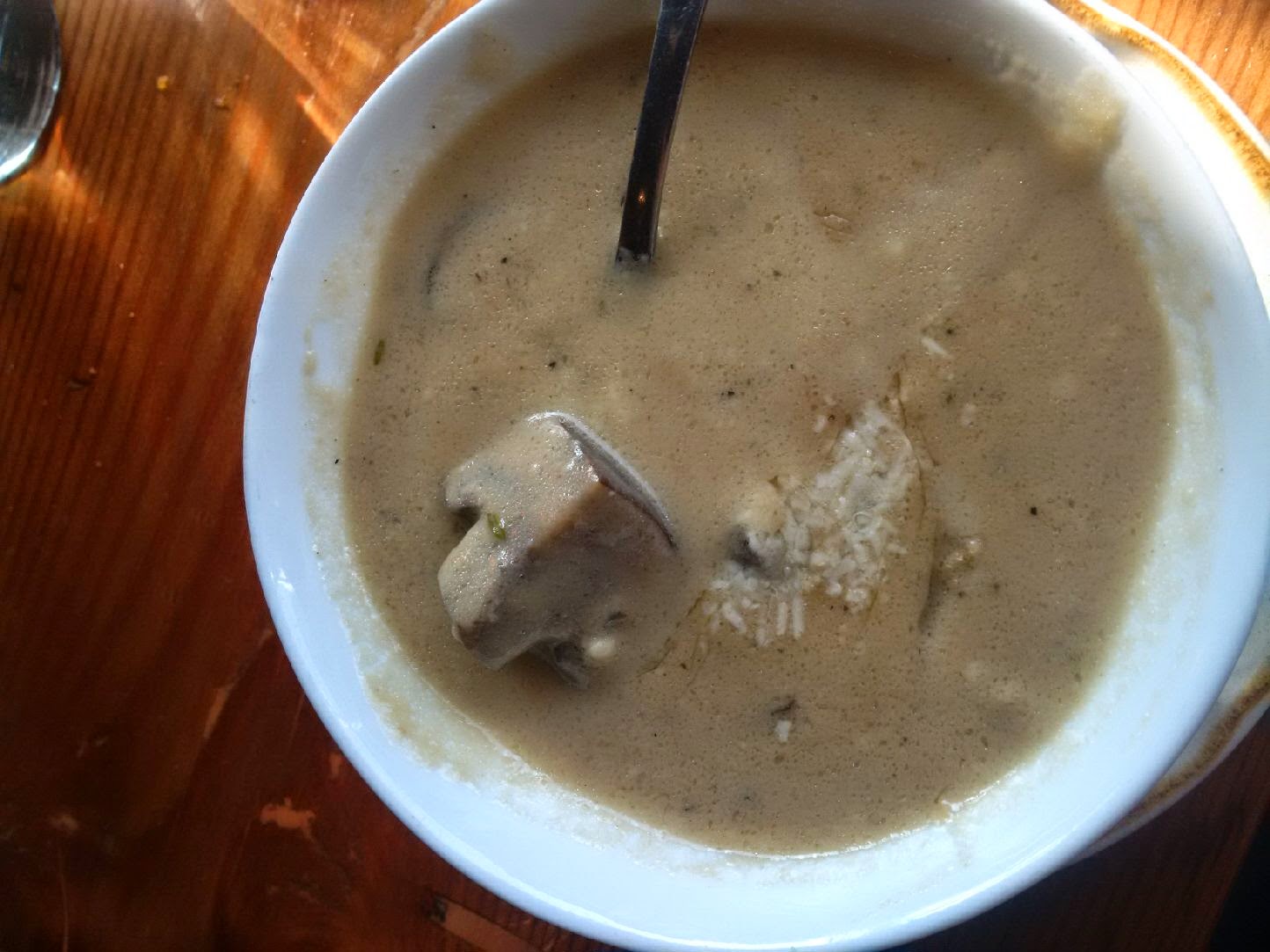 The soup even had unexpected, good sized chunks of mushrooms that had a pleasing firm texture on the bite and made this dish really good. 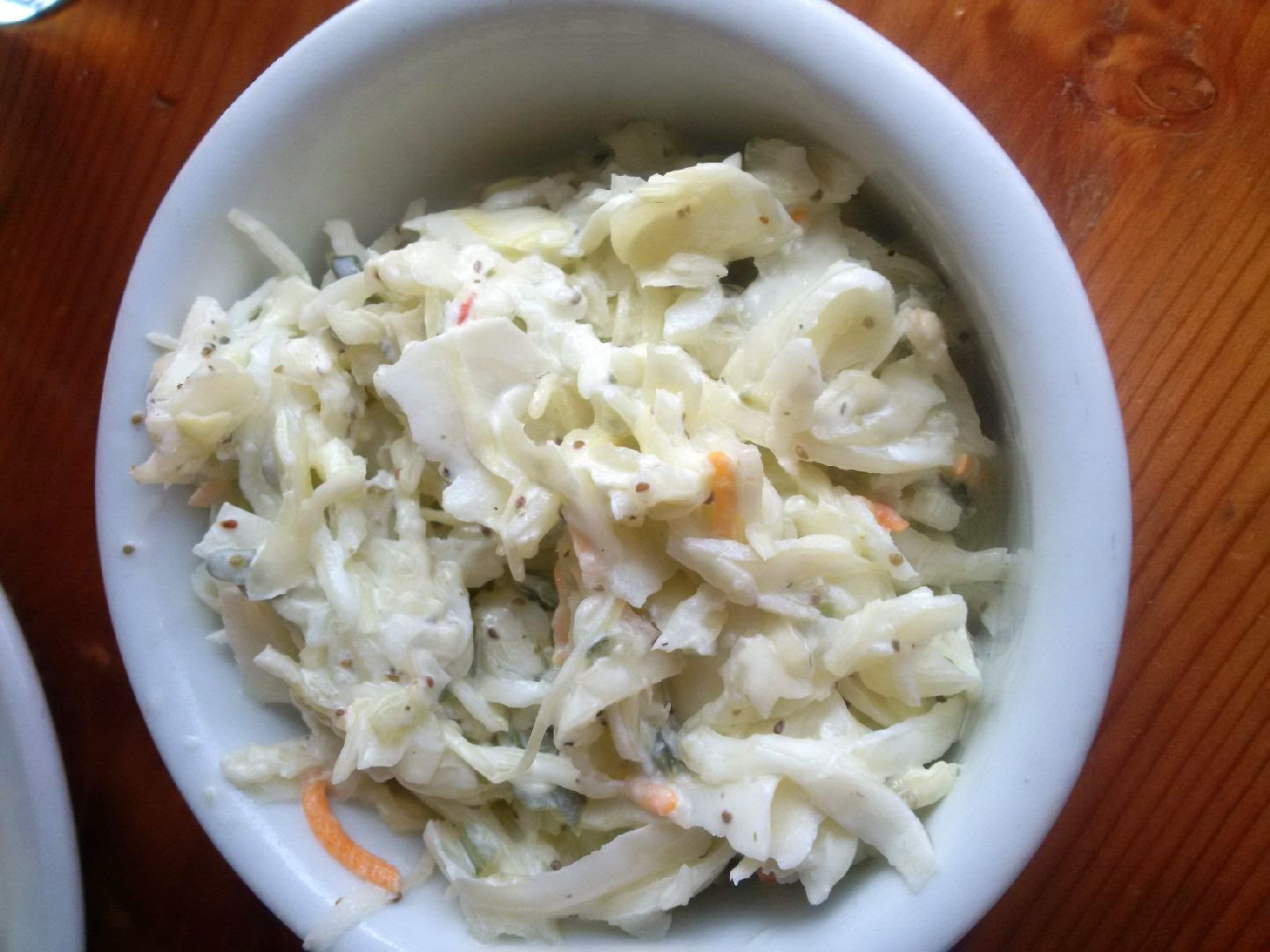 "Southern Carolina" slaw was a bit disappointing as I found the dressing a bit too creamy and the promised "tang" although needed, just did not work. In my opinion I feel that they should keep working on the chemistry. 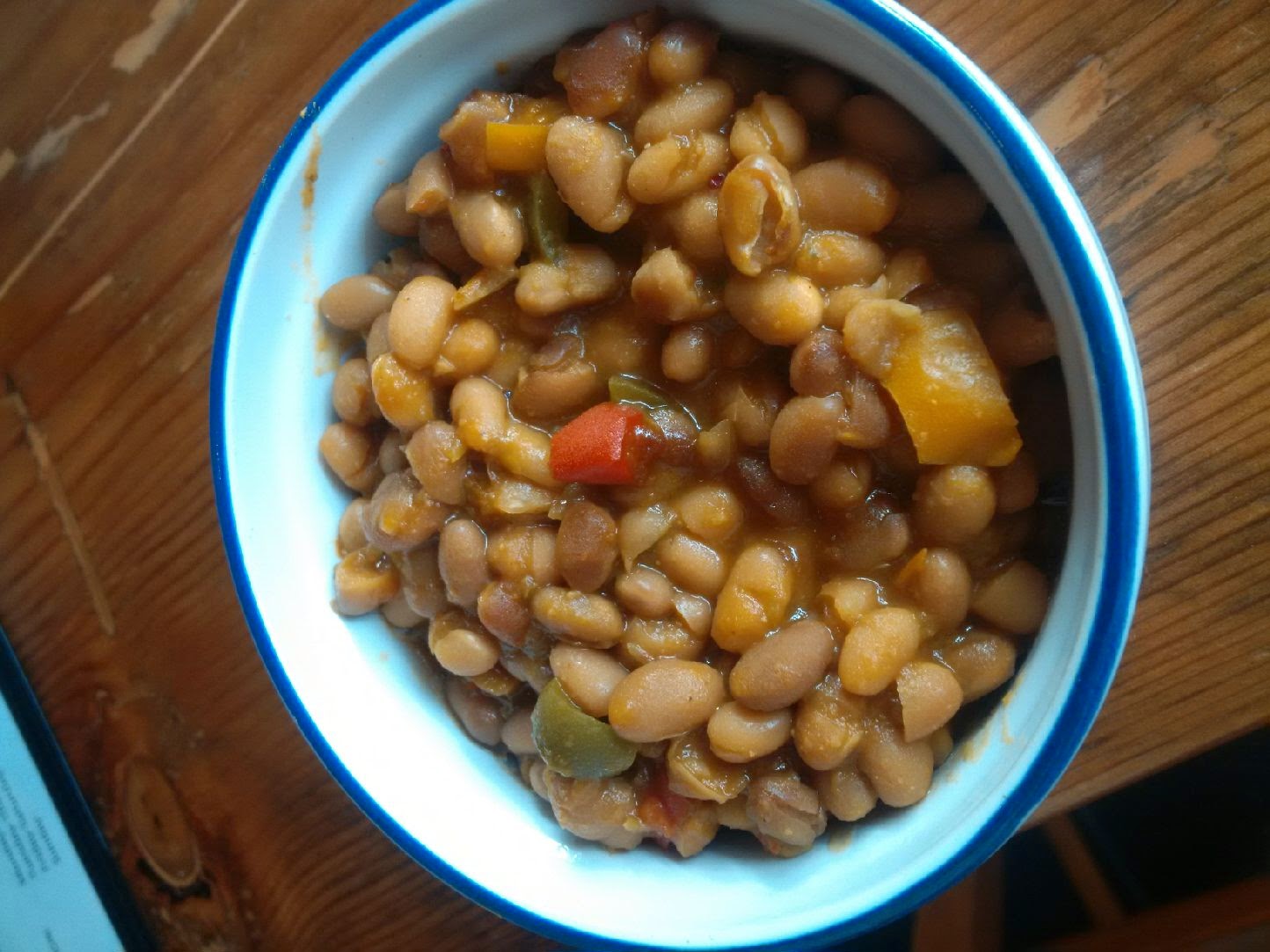 Barbeque baked beans flavoured with the house made "Memphis" sauce. Good texture, good flavour with a pleasing bite, but needs a stronger smokey BBQ flavour. This could be achieved by cooking the beans in the smoker. 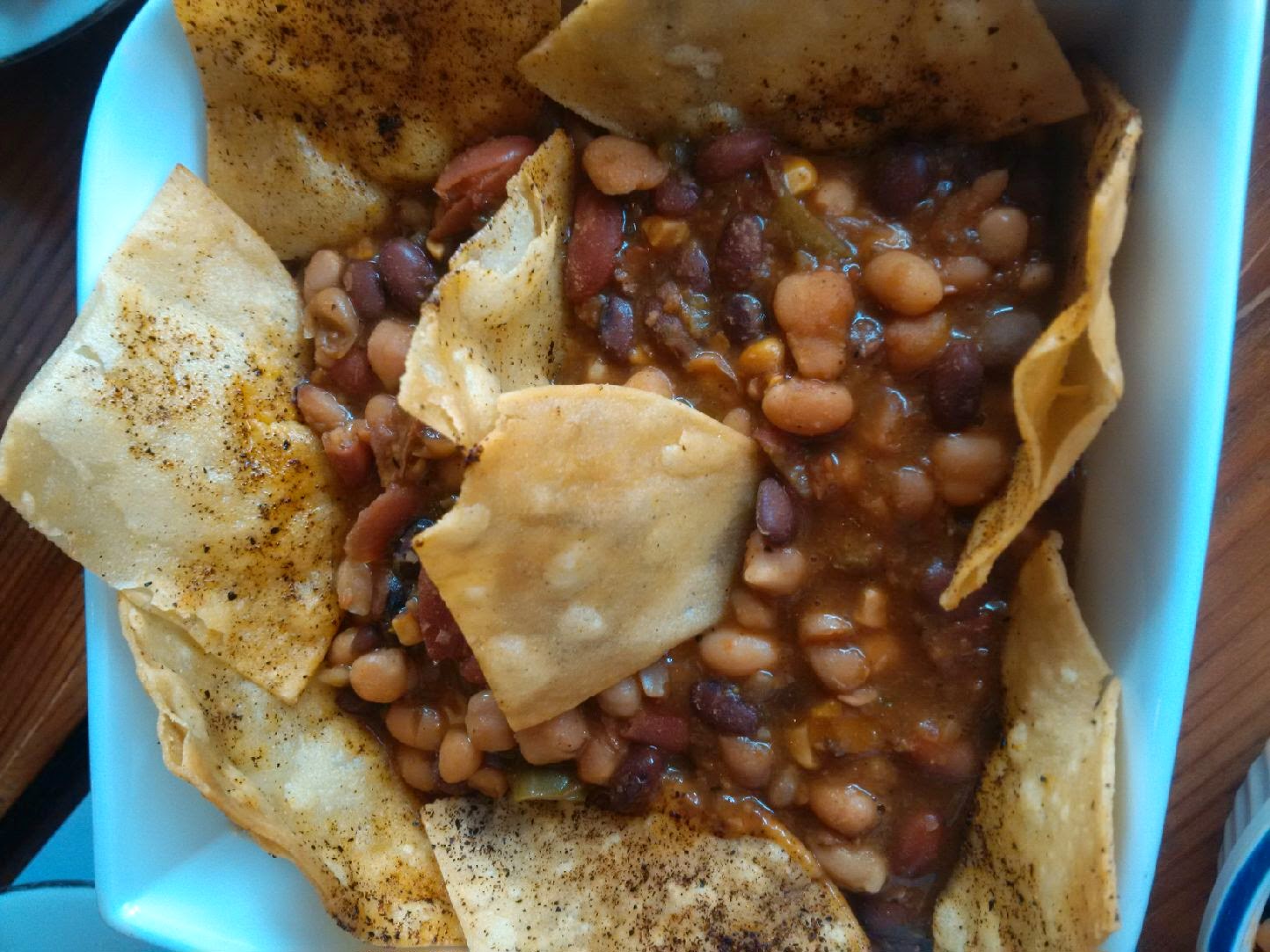 Double smoked vegan chili, such a considerate feature for vegetarians, a four bean medley cooked with smoked, shaved corn, finished off for another 2 hours in the cooker, accompanied by tortilla chips. Again, this dish had good flavours and a bit of a spicy heat. 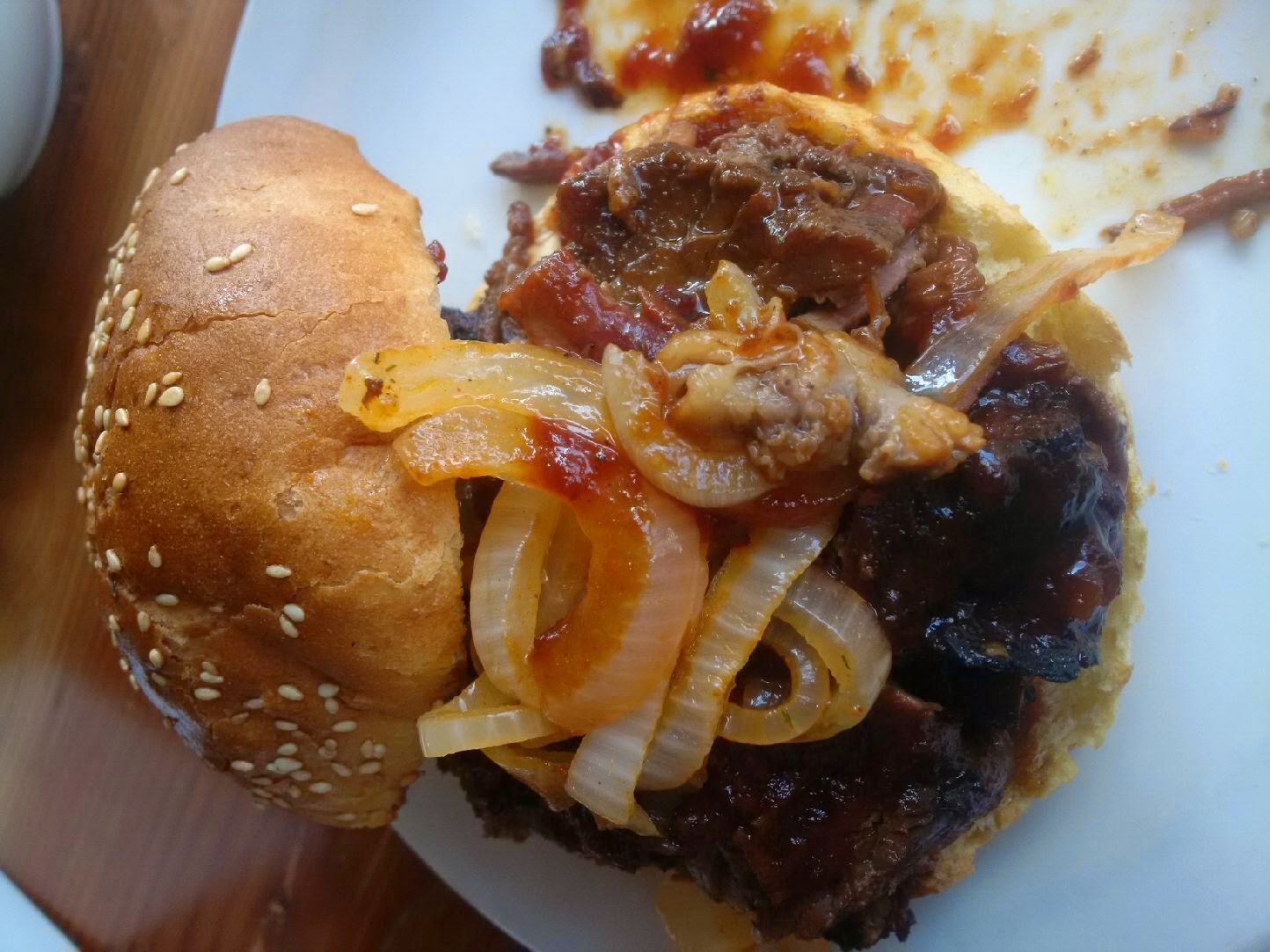 My favourite dish, and in my opinion, perhaps is one of the best smokey flavoured briskets in the city. Greenwood Smokehouse uses white oak (the classic wood used for smoking in the best deep south BBQ restos) combined with apple wood. The meat was juicy and tender, but lacked the ideal texture that I look for..... a little less "fall apart" texture, but on the whole the texture was pretty good for a sandwich. Sliced brisket is not offered at this resto. 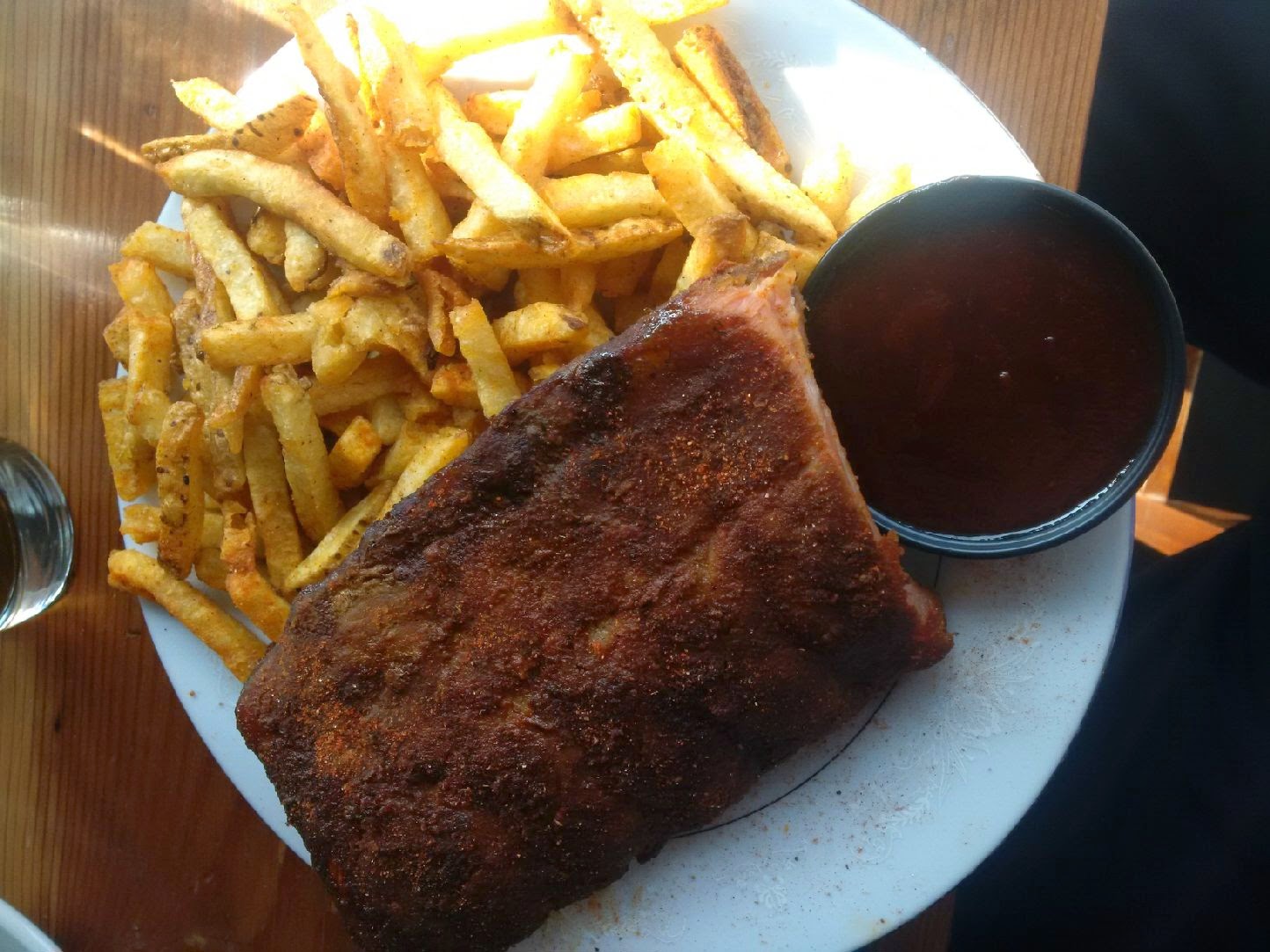 Very good, crispy, ungreasy fries, dusted with hot paprika (?). The ribs were nicely smokey, but were a bit dry. A positive aspect of the meat texture was when bitten, the meat peeled off the bone the way it should (as opposed to falling off the bone). The house made BBQ sauce is one of my favourites among the city's various BBQ places.
Posted by the cookbook store at 11:20 AM