There has been a lot of talk, in the food community and among BBQ aficionados about Buster Rhino's BBQ so we decided to journey west of Toronto to experience this resto first hand. 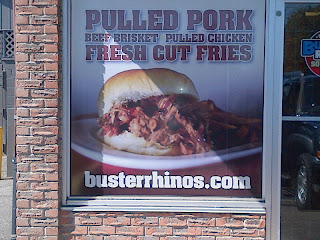 The onion rings were ungreasy, crispy and tasty. 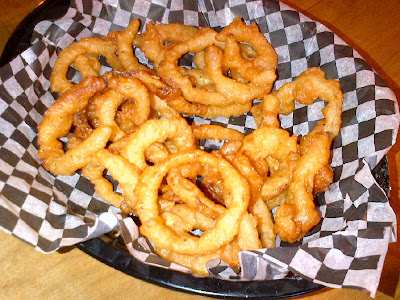 The cornbread hush puppies were crisp on the outside, fluffy inside and had an appealing flavour. You can't just eat one of these. 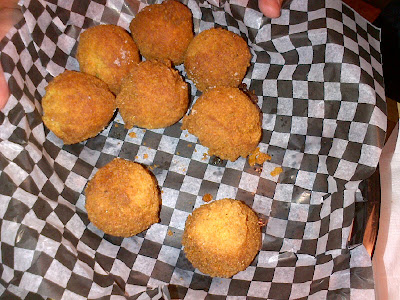 A very good, kind of addictive and highly appealing side, that I neglected to photograph was the "pop caps", battered and quickly deep fried, pickled jalapeno slices.

My mixed BBQ, ribs, chicken wings and a sliced smoked beef sandwich. I found the ribs a bit too dry, the smoked chicken wings (smoked for 15 hours then quickly deep fried to crisp up the skin) were good and the sliced brisket sandwich ok, but the beef, smoked for "16-20 hours", was a bit too dry and somehow lacking in good smokey flavour. 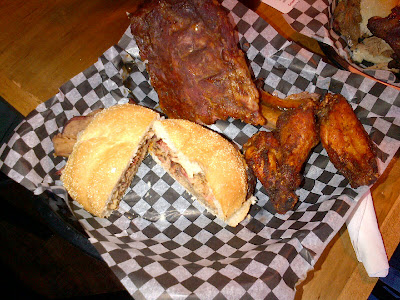 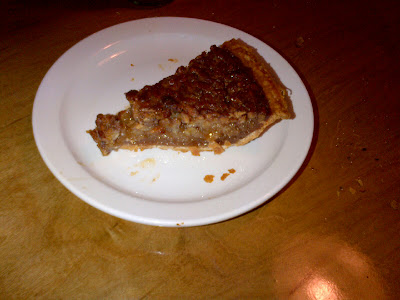 Conversing with the owner, we found him highly knowledgeable, but the execution of the BBQ dishes we received was frankly wanting. Remarkably, all of the other elements of this meal were very good. But, we came for BBQ!! I am still on the lookout for GREAT BBQ.

Just an aside, I just returned from being an invited judge at the annual world series of BBQ, "THE JACK", the Jack Daniels annual BBQ competition in Lynchburg Tennessee. More on this experience, shortly.
Posted by the cookbook store at 9:35 AM