Groundhog day at Cava restaurant is an annual opportunity for some of the best Toronto region chefs to compete in making pig focused dishes that are judged by the resto attendees and 3 "professional" judges, this year Dick Snider of City Bites Magazine, Andrew D'Cruz of Toronto Life and Malcolm Jolly of Good Food revolution. The dishes must be at least 50% pig. The winner gets to keep the Groundhog trophy for a year and a gift certificate from The Cookbook Store. It is a fun fest for the chefs and patrons. 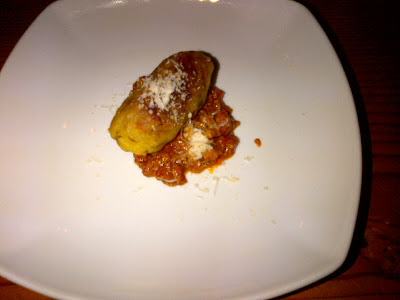 An amuse, from Cava chefs Doug Penfold and Chris MacDonald, of plantain molote, a form of Mexican street food of fried plantain shell filled with black bean sauce and accompanied by a bolognese sauce of pork and tomato ragu, all topped with a sprinkling of parmesan cheese. 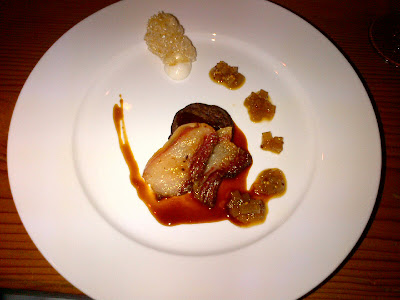 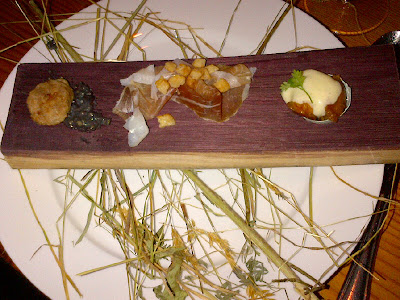 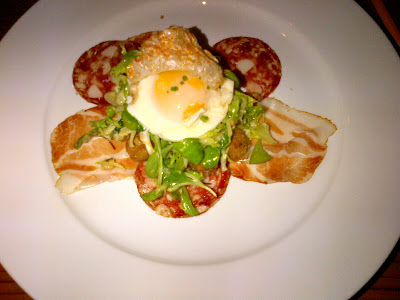 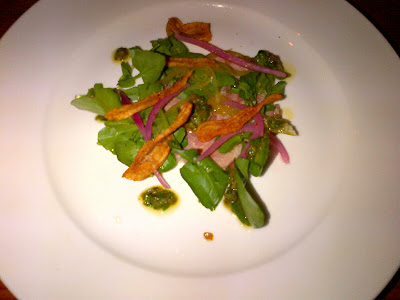 The judge's winner and winner of the grand prize: Tongue brined 5 days and pork cheek terrine, both cooked sous vide for 36 hours, combined with salsa verde made with cilantro, parsley, scallions and olive oil topped with pickled tomatillo and crisp pig's ears. I really liked this dish made by Harbord Room sous chef Curt Martin. 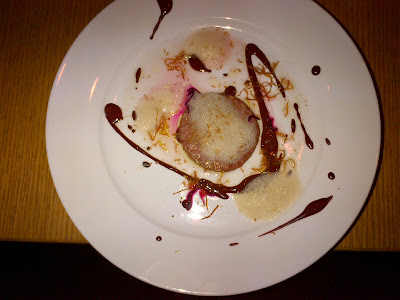 Cotachino (pig skin, shoulder and belly) a terrine made from pigs finished on rutabaga, accompanied by a sauce made from pig's blood, cream and lardo with a pickling brine foam and also accompanied by pork "fibres" flavoured with elderberry. This dish by Chef Matthew Sullivan of Skin and Bones. 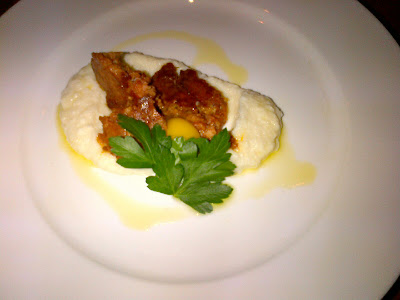 Andouille sausage with cauliflower puree of garlic and onion, raw quail egg yolk and olive oil. There was a lot of delayed heat that crept up on one's palate. Contributed by chef Fabio Bondi of Local Kitchen and Wine Bar. 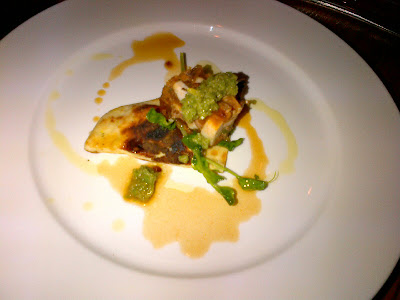