To Market, To Market the last week in July


Although there are ways to get to Evergreen Brickworks without a car--the bus from Davisville or a shuttle bus from the Broadview station, it is one of those places that is really much easier to get to with a car.  If it is a luxury car, all the better.  Those of us who travel by public transit can sometimes find themselves waiting a long time in the blazing sun.

Brickworks and Wychwood share many of the same vendors--Woolerdale, Fisher Folk, Vicki's Veggies among them.  Marvellous Edibles is at Brickworks on summer Saturdays and at Wychwood in the winter.  There are other vendors familiar from Riverdale and Dufferin Grove, and Liberty Village. 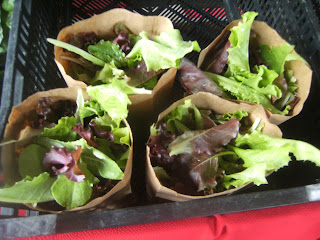 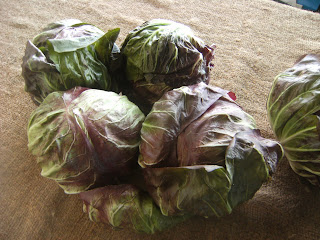 Although I am not so sure that having a lot of prepared foods at a market is a good thing, there are some tasty treats here.  On the hot morning I was there, Augie's ice pops--the sour plum in particular--went  down very well.  Other popular flavours are French lemonade--which includes anise and watermelon lemonade.  Jamie Kennedy's French fries, which are also sold at Riverdale are also much in demand.  My ambivalence about prepared foods sold at the markets is that it gives people an excuse to skip buying ingredients. 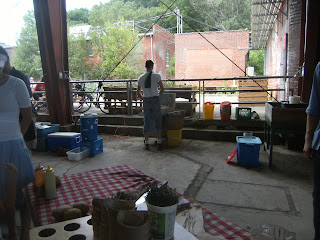 Ontario peaches are now starting to appear.  Alas, I was a little late arriving at Withrow  on Saturday afternoon so all that remained of Niagara Organics peaches seemed under ripe. I just bought their fine wild blueberries. Strangely where I did find juicy, ripe Ontario peaches later that day was at a small greengrocer on Yonge Street south of Wellesley. Though small, they were so good I bought more on Monday.

Some of the choice heirloom potato varieties are now in market stalls across the city.  Both Vicki's Veggies and Marvellous Edibles has had Linzer delicatess.  The latter has also had redgolds, Irish cobbler, and my fave, German butterballs. 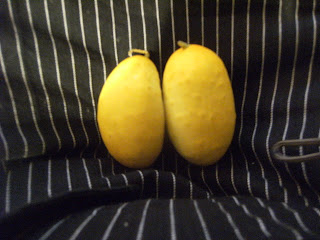 There are still currants and raspberries in multiple colours--red, white, black.  Yellow plums are starting to appear although I have not seen any blue plums so far.
Posted by the cookbook store at 11:37 PM