Hachapuri may be the only Georgian resto in Budapest. I was passing in a taxi and noticed it. Stopped the taxi, looked at the menu and went in for lunch. The presentations looked interesting. 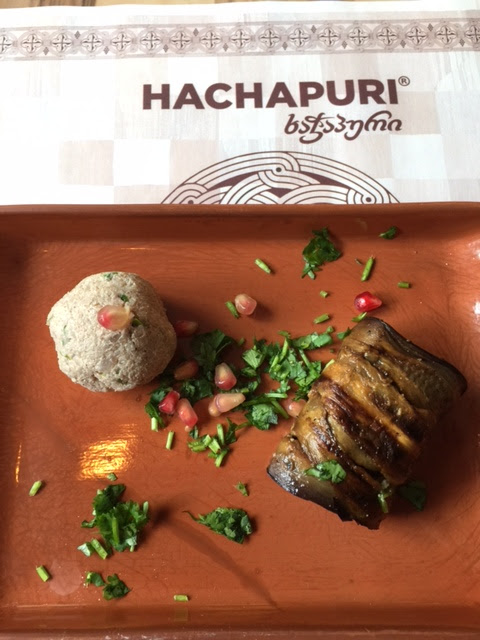 The Georgians do a wonderful crushed walnut ball app, combining the walnuts with such fillers as cooked spinach, cooked cabbage, beets and carrots. Above you will see the cabbage ball which was very savory and tasty. On the right is grilled eggplant with garlic sauce. 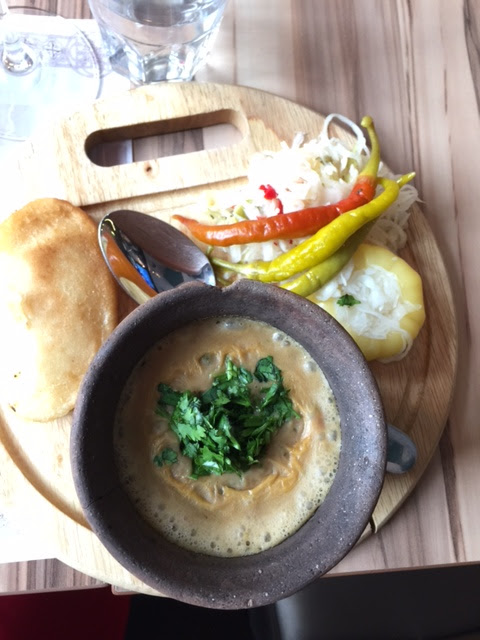 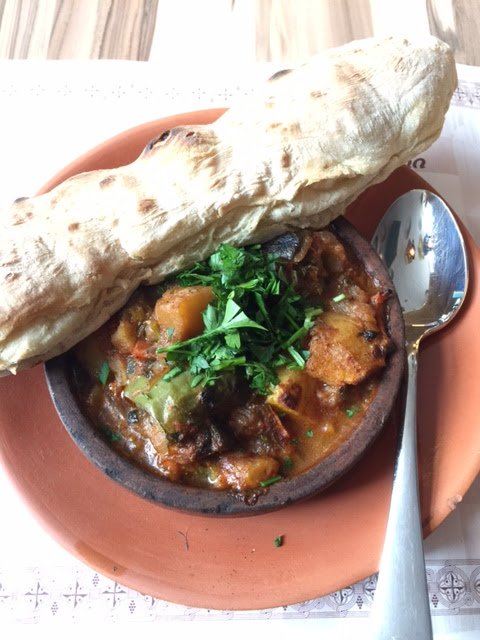 House made Georgian bread grilled over a charcoal fire accompanied a wonderful stew/ bowl of eggplant, squash, potatoes and other veggies in a tomato based sauce. The bread tasted of the smoke from the coals of the fire and was delicious. 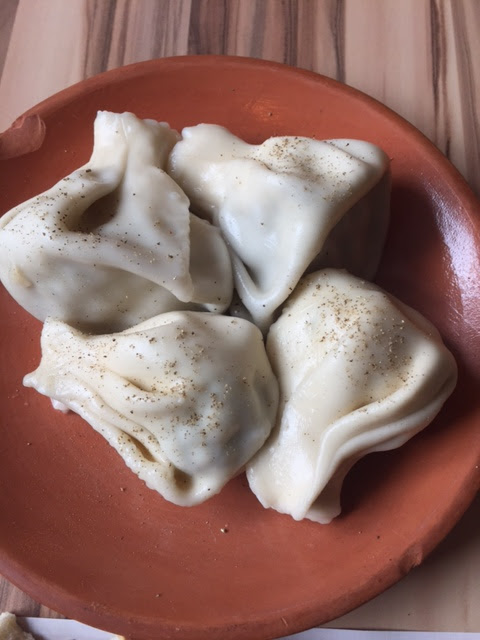 The self named hachipuri, these dumplings filled with mushrooms or spinach.

This resto was an accidental, inexpensive find.


Bock Biszstro
I mention this resto bc it is one of my faves in Budapest and I returned for a second time this trip. Regretfully, none of the images turned out bc of a fault in the camera. but they can be viewed in my blog about the Budapest restos I visited  and posted in 2015. 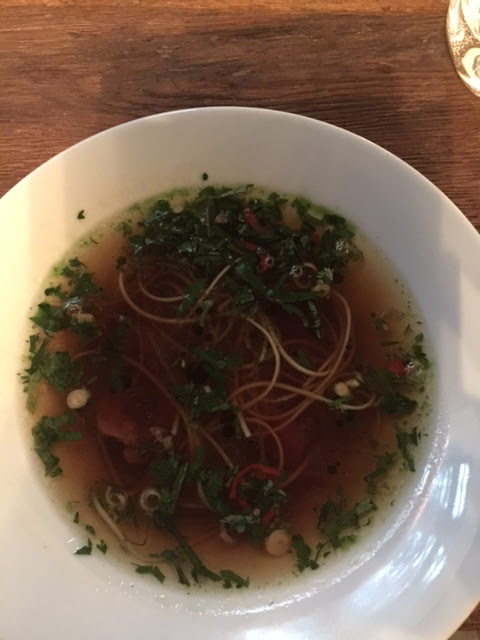 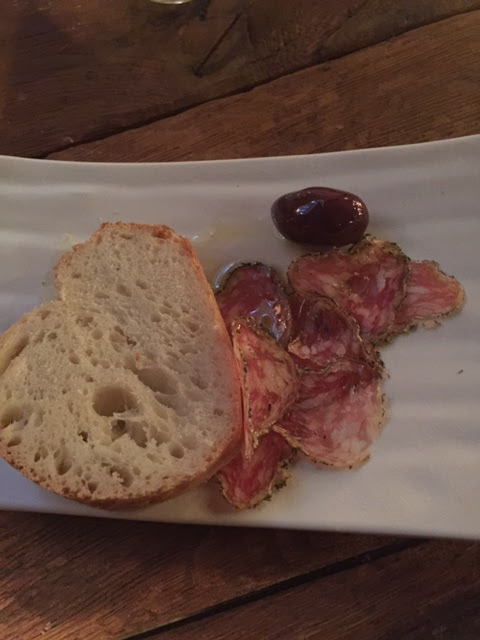 The House ameuse bouche, House made sausage sliced paper thin on a great red slicer, doused with some good olive oil and served with house made bread and an olive. 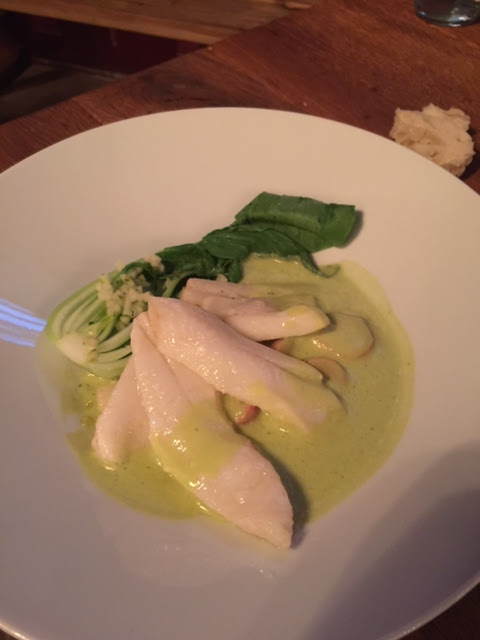 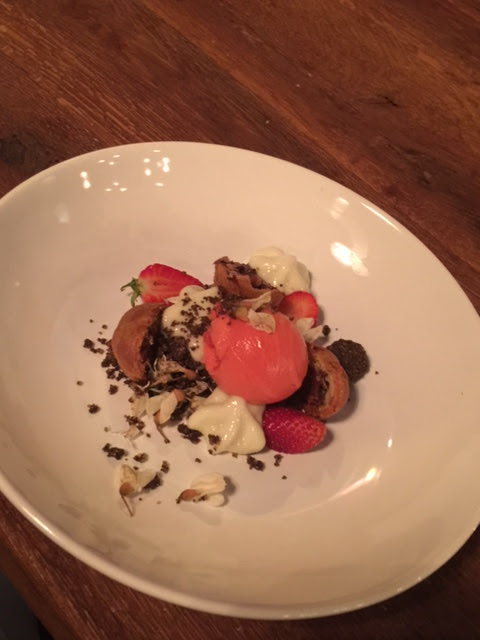 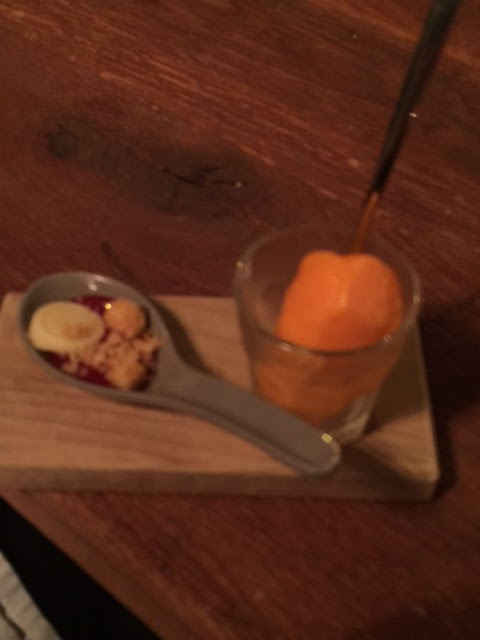 Carrot ice cream accompanied by hazel nuts and a slice of banana, gift of the chef. 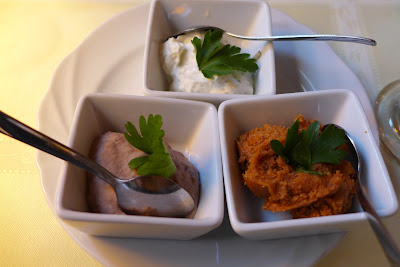 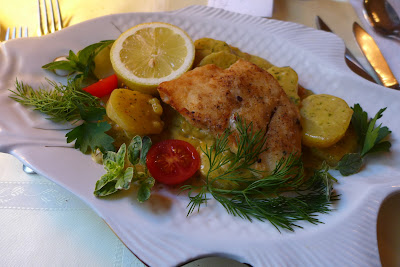 Fish plate: aroma redolent of the aroma of dill and the pungency of Hungarian oregano. 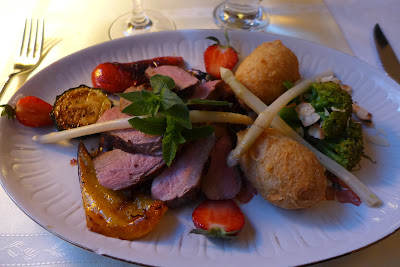 Duck with red wine sauce and diced mushrooms and currents. 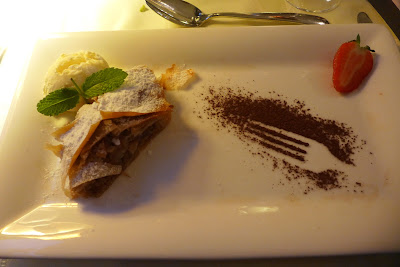 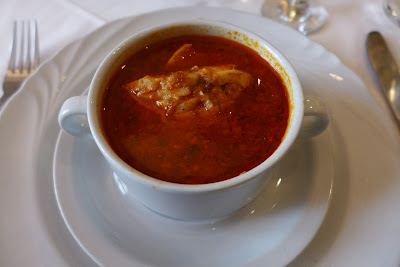 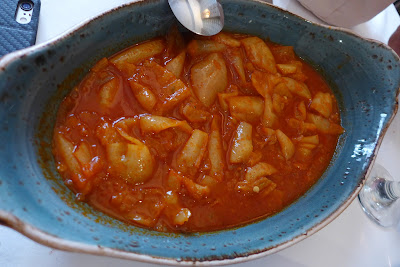 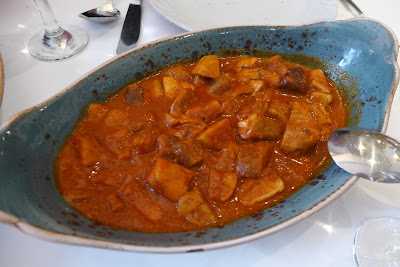 Porcini mushroom stew that was really quite delicious. 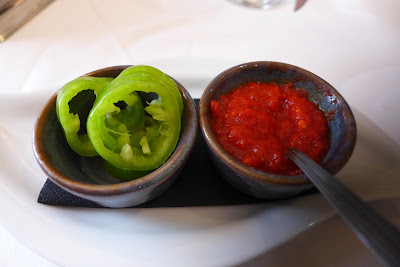 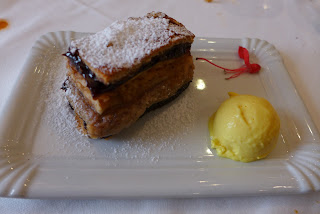 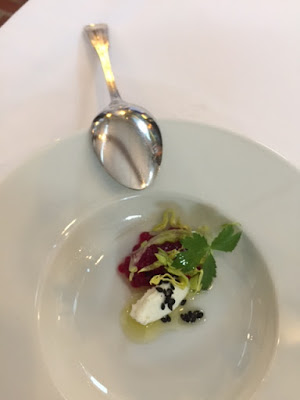 Tapioca with cheese sauce and a touch of paddle fish caviar. 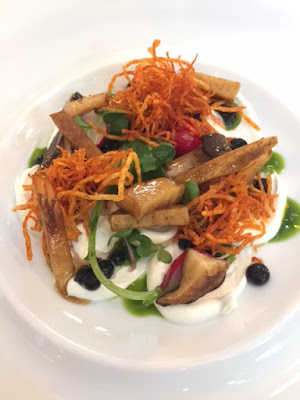 Roasted morel mushrooms, caviar, baby radishes, extremely tasty/good house made sour cream (which was rich but not sour), little caviar like roe that looked like caviar but was made of algae and tasted smokey and new potato chips. 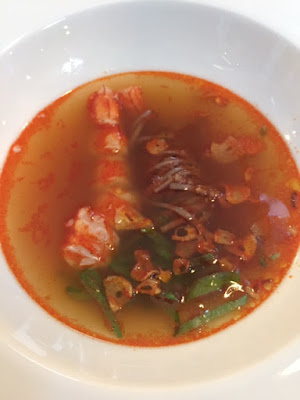 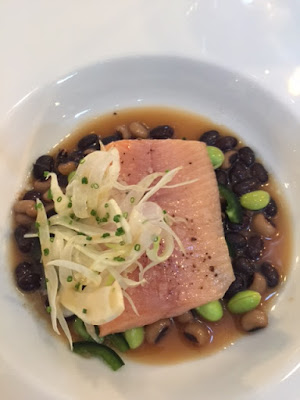 Perfectly undercooked trout, topped with shaved fennel, accompanied by fava bean and black beans. The smoked apple jus sauce was mildly acidulous but this sauce was highly complementary to the fish 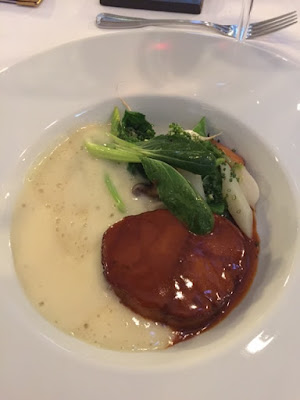 Pig loin with veggie "stew", every element prepared and cooked to perfection. 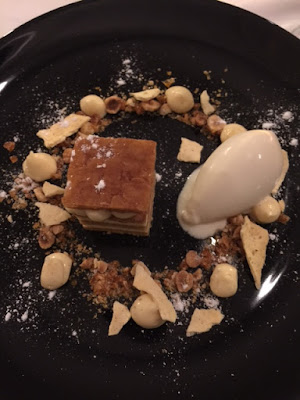 ****This is a highly accomplished chef with prodigious technical skills. Every element of every dish was cooked to perfection.

Posted by the cookbook store at 5:23 PM